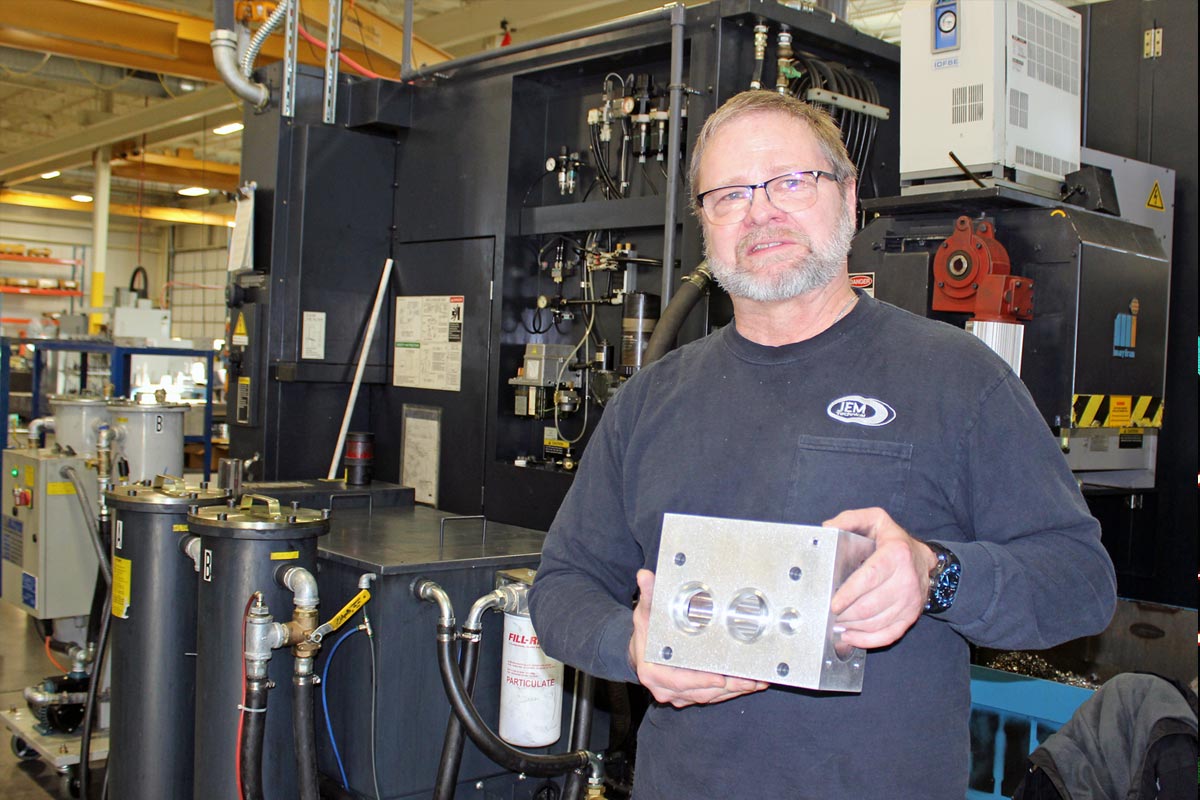 HAVING SUCCESSFULLY worked as a machinist since 1977, Bruce Hixon was dismayed when the company he had been working for close to 25 years closed abruptly after 9/11 as the manufacturing industry began to struggle.

Through an ASL (American Sign Language) interpreter, Bruce explained that since 2002, he has received support and benefited from working with counselors at Minnesota Vocational Rehabilitation (VR) as well as occupational communication specialists (OCS) at Rise’s Minnesota Employment Center (MEC) for People who are Deaf, DeafBlind, and Hard of Hearing.

With a family to support, Bruce worked in a national retail chain’s warehouse for three years before finding employment in his chosen career field.

In 2005 he was happy to find a good job with printing company where he could put his machinist skills to work. A co-worker, who was also deaf, helped train Bruce in on the job which he enjoyed for about five years.

Interested in returning to the manufacturing industry, Bruce went to VR in 2013 where Ron Adams assisted him with updating his resume, as well as applying and interviewing for suitable jobs.

Bruce was happy to be hired at JEM Technical in Orono as a CNC (computer numeric-controlled)machinist in 2013 working with the highly complex heavy machinery.

Located in Orono, JEM Technical has been designing, manufacturing, and distributing integrated custom valves and controls for fluid power applications since 1989. JEM is ISO-9001 certified and works with a wide range of industries, including lawn and turf, construction, forestry, mining, aerial and crane, marine, agriculture, and trucking.

After 90 days on the job, Blaine Newberg from MEC began meeting with Bruce about once a week to help address any training, work, and communication issues.          OCS Sheila Ritter continued to follow up with Bruce and provided ASL interpreting as he added new job duties or training until the summer of 2016 when he no longer required MEC support.

Bruce said he finds the work interesting and his JEM co-workers are great to work with. He communicates with them primarily through writing notes; one of his supervisors knows some ASL which Bruce says is quite helpful.

Bruce works four ten-hour days starting at 3:30 p.m. His dog Cali licks him awake when she thinks Bruce has been sleeping long enough!

Bruce and his wife live in Plymouth; they have three adult children and seven grandchildren. The couple enjoys spending time with their family camping, fishing, cooking, and going to the zoo.

This article appears in the March 2017 issue of the Rise Reporter.