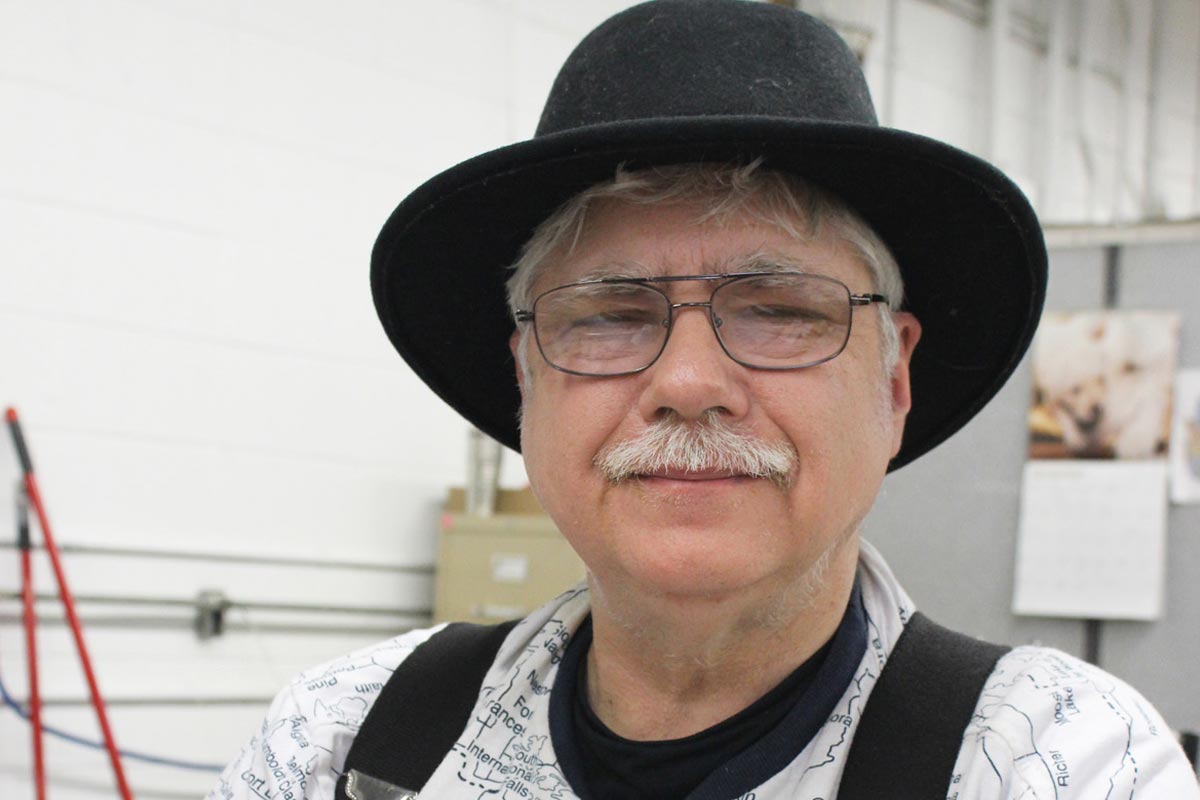 As Eddie Ridge approaches his 64th birthday in January, he is still as committed to his work as he was when he first started at Rise in January 1974.

“I can’t even think about retirement yet – I like working too much,” he said assuredly. “I think I will stay at Rise for a while longer.”

After completing high school in Anoka, Eddie  was one of the first 50 or so people to be served by Rise in its early days of operation. Throughout the years, he has honed his work skills on a wide range of jobs in different businesses.

“One of my favorite jobs was working at Montgomery Wards at Northtown cleaning the store before it opened in the morning,” Eddie said. “I did a really good job and I liked working on my own. I also got a paycheck EVERY Friday which was good.”

He is also a dedicated team worker. Eddie worked at Federal Premium Ammunition in Anoka for many years before transferring to work at Rise’s Spring Lake Park production facility. He specializes in subassembly and collating jobs.

Eddie lives in his own apartment in the Crest View Senior Community in Columbia Heights which he really enjoys. In his free time, he likes going to the movies with a friend, playing bingo, working on his computer, and relaxing.

“Rise is a great place for me,” said Eddie. “I have lots of friends here and I wouldn’t want to work anywhere else.”