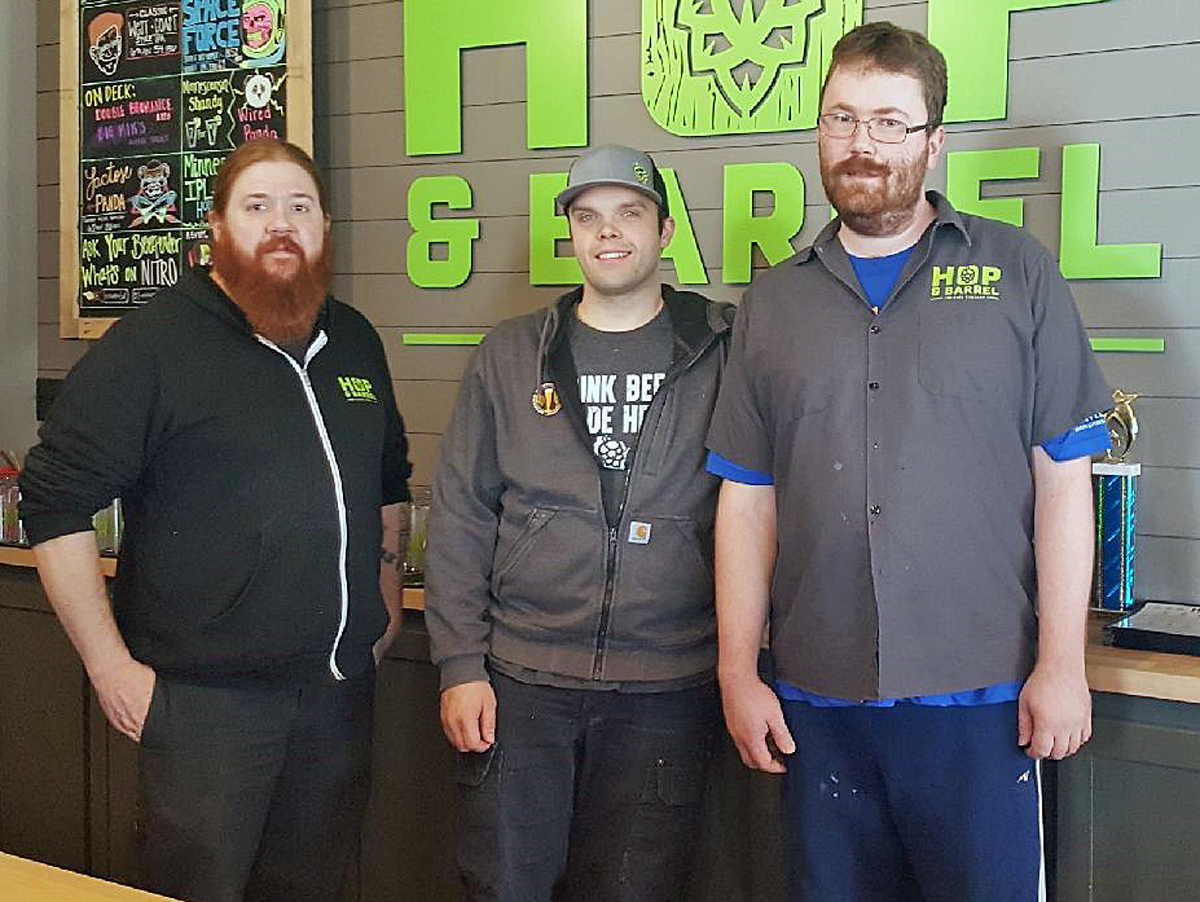 It was a busy, fun night before at the Hop and Barrel Brewing Co., located in the heart of Hudson, Wisconsin. Bright and early, Nathaniel Johnson is hard at work getting the taproom cleaned up and ready to go for today’s guests. Co-Owners Justin Terbeest and Brian Priefer appreciate his solid work ethic and attention to detail.

Nathaniel works Mondays, Wednesdays, and Fridays from 9 a.m. to 1 p.m. at the brewery, and Tuesdays at Rise’s New Richmond production facility.

Nathaniel enjoys his work at this “small brewery with big plans for craft beer.” After graduating from Hudson High School in 2007, Nathaniel worked on a wide range of assembly and packaging contracts. When he felt ready to work at a job in the community, Employment Consultant Patty Thurk assisted Nathaniel in putting together a career plan.

The Wisconsin Division of Vocational Rehabilitation (DVR) granted him a paid six-week work trial at a local Caribou Coffee which helped Nathaniel not only further develop his work skills, but more importantly, decide if working in a community business was right for him. At the end of six weeks, he knew he was ready to find a good job!

Patty and Nathaniel concentrated their job search in Hudson and were excited when Justin and Brian offered him a job at the brewery just two weeks after it opened at the end of 2017.

Kim Ersland, a direct support professional, provides some additional job coaching on Wednesdays and Fridays. “She helps keep me on track,” said Nathaniel, who takes great pride in his work and exudes a positive attitude that his co-workers appreciate.

“Nathaniel has a great work ethic and we love having him here,” said Brian. “He is an important member of our team. One time, we had a surprise health inspection and were told that our place is cleaner than the cleanest restaurants he had ever seen. We have Nathaniel to thank for that.”

Nathaniel lives in a twin group home in Hudson with a roommate. In his free time, he enjoys pursuing his deep interest in travel by collecting maps and atlases.

“I also have a world fact book so I can learn more about different cultures and places in the world,” Nathaniel added. “My grandmother is Asian and I think I get my adventuresome spirit from her. I would really like to travel and I especially want to go to China, Japan, North and South Korea, and Mongolia.” Nathaniel is saving up to have a 23andMe DNA test done to find out his exact heritage.

A faith-filled young man, Nathaniel is active in his church, Emmanuel Lutheran in Hudson, where he volunteers cleaning in his free time. He also participates in a Bible study and enjoys going out for lunch after Sunday services.

Standing tall and proud at 6’-something-inches, it’s no surprise that Nathaniel plays basketball with the Lumberjacks Special Olympics team in Stillwater.

Nathaniel thrives in his work at Hop and Barrel, and says he is grateful to have friendly, supportive co-workers. Having good people to work with is at the top of his list of reasons for liking his job; a close second is the one free beer he gets at the end of his shift on Fridays. With about 16 specialty brews on tap, Nathaniel’s favorite changes from time to time. This month, he’s liking Raspberry Lactose Panda!

This article appears in the December 2018 issue of the Rise Reporter.