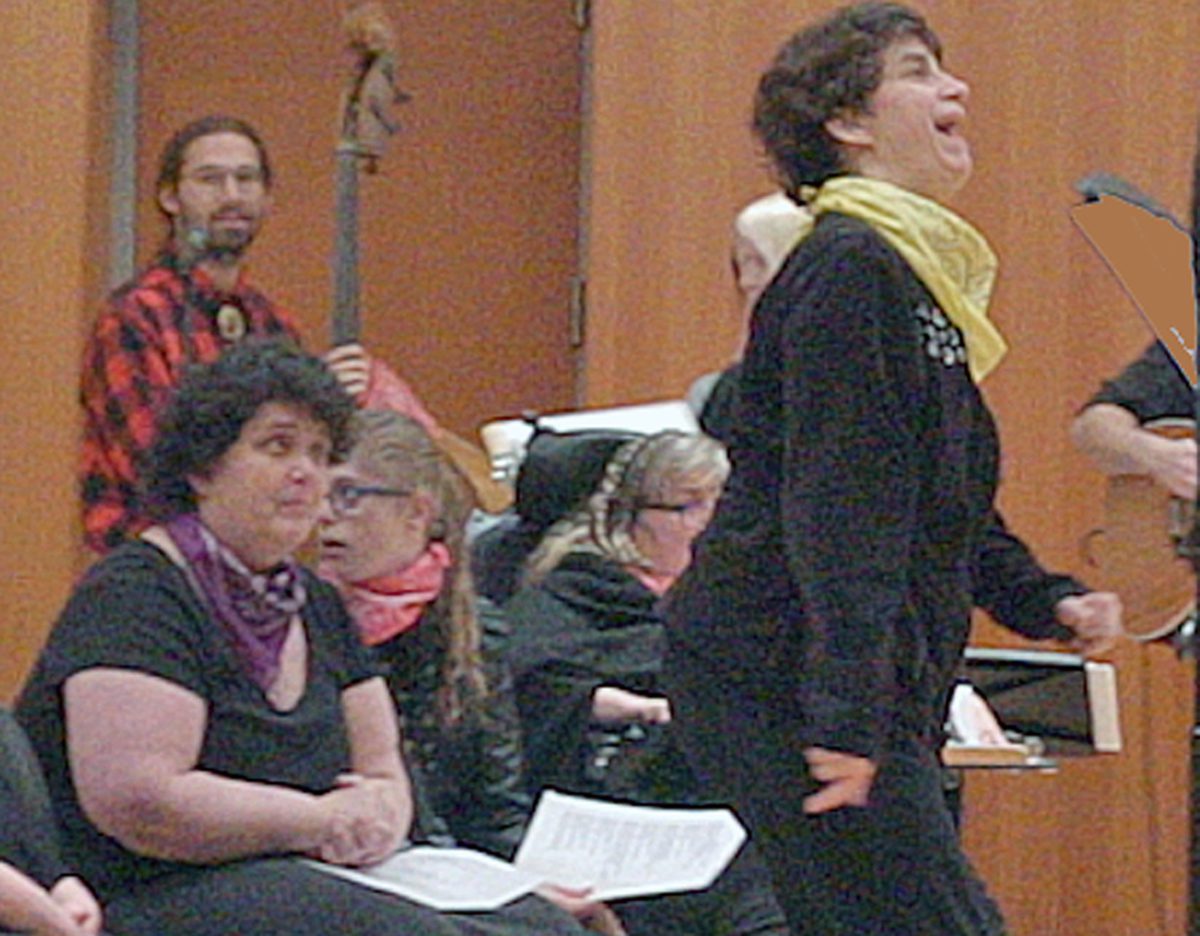 Being a fun and vivacious young woman, it’s no surprise that Jenny Eickhoff loves to sign / sing and perform with Wingspan Life Resource’s Glee Club. Of the 20 or so members, she is the only one who is Deaf and interprets songs with American Sign Language (ASL).

“It’s really fun to be on stage,” said Jenny who is 58 and communicates primarily through ASL, although she also reads lips and speaks. She has been performing with the Glee Club since 2013 with other residents of Wingspan group homes who meet every Monday night, September through May, to rehearse.

“Everybody in Glee Club is really nice and we have a lot of fun together,” said Jenny.

“Jenny is also the featured ASL soloist during performances,” Darolyn added. “She always puts passion and hard work into her performances. Congratulation to Jenny for focusing on her ability and for being a wonderful leader.”

In her free time, Jenny enjoys putting together jigsaw puzzles, working on her computer, and going for walks.